Maureen Fraser used to be the last to sign up for things. Sometimes her reluctance came from the apprehension of commitment, but mostly she waited to volunteer for what no one else wanted to do. Now she is being honored as Collierville’s “Person of the Year.” Over the past twelve months, she has done a total of $33 million in volume sales.

Fraser grew up as one of eight children in Fort Wayne, Indiana. She moved South after graduating from Purdue and worked in hotel hospitality management. Before she became a REALTORⓇ, Fraser and her husband moved four times. “All of those moves, we always tried For Sale By Owner, never were successful. And then we’d list it with a real estate agent, and it would sell,” she says.

In 1995, they settled in Collierville on the recommendation of an agent they met through a referral. Fraser had one child when moving to Collierville, and soon had Irish twins. As they grew, she began to get more involved. “You volunteer at the school, you volunteer with Girl Scouts, Boy Scouts, sports.” One year she coached three youth basketball teams and refereed games for others. “I became the stay-at-home mom who was never home.”

Through acts of service with church, schools, and the community, she built relationships with people around town. She served on boards, chaired fundraisers, and earned the nickname “Maureen-a-thon.” The mayor at the time asked her if she ever thought about running for public office. “I said it was something I would never do, not a chance in the world.” By 2003, Fraser beat the incumbent for Alderman.

Two years later when her husband’s job was transferred again, she did not want to uproot the family. “Real estate was always something I had wanted to do, but kept saying, ‘When the kids get older.’ Now I had to do something so we could stay. So the next day, I cleared my calendar and started school.” She called John Green, with whom she had served on a board, and asked to work with him after she got her license. He agreed, and she has never interviewed with another company.

Her goal to make staying in Collierville financially feasible was one closing per month. The first year of sales in 2006, she surpassed her goal and has been rolling ever since. “Each year I’ve always done better than the year before.”

Fraser attributes her success in the real estate business to the relationships she initially built through volunteering, “It’s all about giving back to the community. My motto is if you give back, you get so much more in return.”

Sixty percent of her business is in Collierville, and with the relationships she’s built around the town, most of it is referral-based. “I don’t only work with certain price points. Whoever wants me to help them, I will help.” She loves first-time home buyers and truly enjoys guiding them on their first major purchase. “They are so excited about it all.”

“This year has been a challenge.” Fraser feels pressure showing houses to out-of-state buyers through Facetime and photos. “I’ve had several families who bought houses sight unseen. They’re relying on my expertise and my knowledge. It’s nerve-racking for me. It’s almost like their decision is my decision.” Business has not slowed down, though. Fraser recently hired a full-time assistant.

Fraser strives to keep her roles of agent and public official separate. She has been re-elected four terms and is now Vice Mayor of Collierville. “I do try to help other agents, answering questions about the town.” She admits it is useful to have knowledge of the specifics like school zoning and taxes. Then, she reaches out when she has her own questions in other areas. “We’re all in this together.”

Over the last fourteen years, she has done $207.3 million* in total volume sales but does not put herself on a pedestal. “I’m not special, just a normal person. I just work hard, and treat others the way I want to be treated.”

Collierville Chamber of Commerce - Person of the Year

Supporting the Collierville Education Foundation with every home closing. 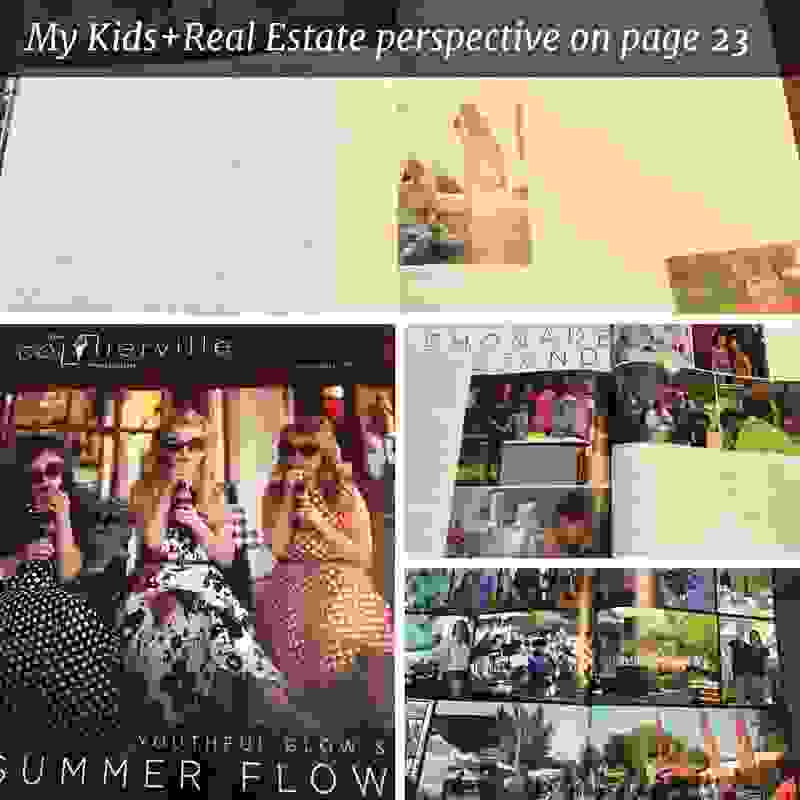 When asked about children and the home buying experience for Tour Collierville magazine, my “Goldilocks Moment” came to mind immediately!

“This bed is JUST RIGHT!”

“Showing homes to families with small children is always an adventure! One young girl loved a pink room with a beautiful comforter so much, she jumped under the covers and pretended to take a nap! (I called the listing agent afterwards, and the homeowners were so gracious and kind about this little cutie making herself feel right at home!)” ~ Intro to my article in Tour Collierville Magazine

My clients are like family, and I follow their home adventures. I’ve seen playsets taken down as the children grow into teenagers, and pools built for kids to cool down from the summer heat. My clients with babies and preschoolers when they closed on their homes now have teenagers!

I’ve helped parents in the “empty nest” stage of their lives too. Selling the family home when the children are grown is an emotional roller coaster ride! Each room is filled with sweet memories of those childhood years that flew by at warp speed. As a parent, I can relate when I still see those baby faces in my grown children.